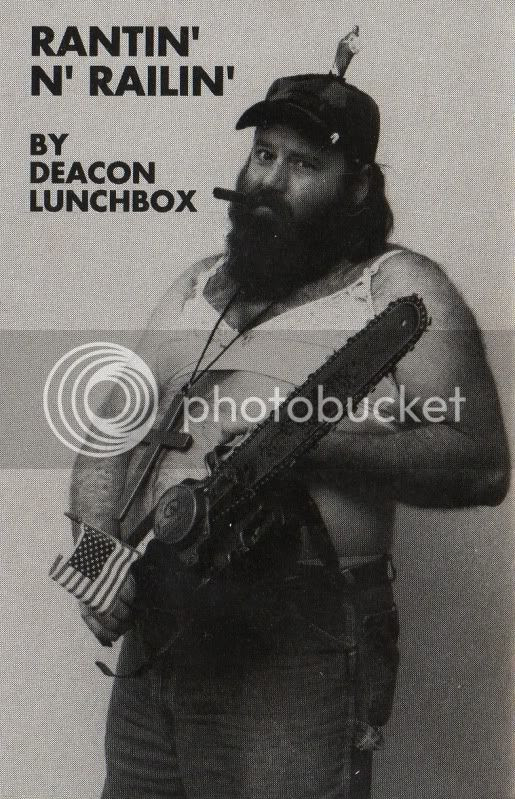 I think it may have been the summer of 1990 or maybe 1991 when I first heard Deacon Lunchbox. I remember that I was visiting my grandmother in Conyers, and as I did on most of my visits I sat in the guest room that used to be my uncle Alan's bedroom listening to college radio from Atlanta, reading comic books and basically being bored.

At some point, WRAS, Album 88.1, the free-form station of Georgia State University played "Omni Beer". I had no idea what I was hearing, but I wanted to hear more. It was insane. Some guy who sounded like Rolf the dog was clanking around on something made of metal and screaming about getting drunk at The Omni. It was (and is) great. Someone smarter than me could probably write something about Deacon Luchbox continuing a tradition of performance poetry and being influenced by the work of people like Vachel Lindsay, but that's not me. I like to hear him make fun of Lewis Grizzard and sing Harry Chapin and Loretta Lynn songs.

I never saw Deacon Lunchbox perform. I remember hearing about his death when I moved to Athens in July of '92 (he died in April of that year) and feeling sad that I'd never get to see him. But I bought his tape. And then I lost it, as I did most of my tapes, but I found another copy at Wuxtry Records the other day, so I turned it into ones and zeros so I could share it with you.

And now I have. Scans of both sides of the tape's j-card are included. Click here to download it. 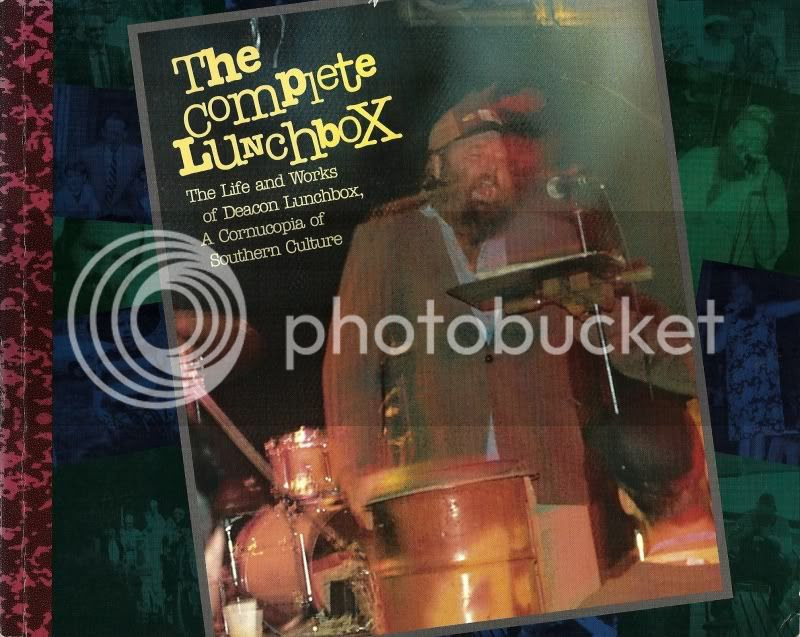 This book's good, if you can find it, but I'm pretty sure it is out of print. It's also not complete. There's quite a few poems on the tape that aren't in the book. 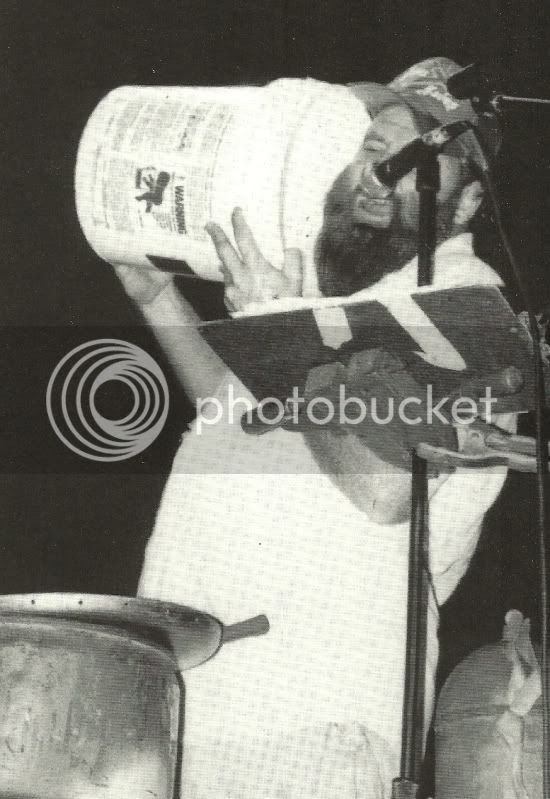 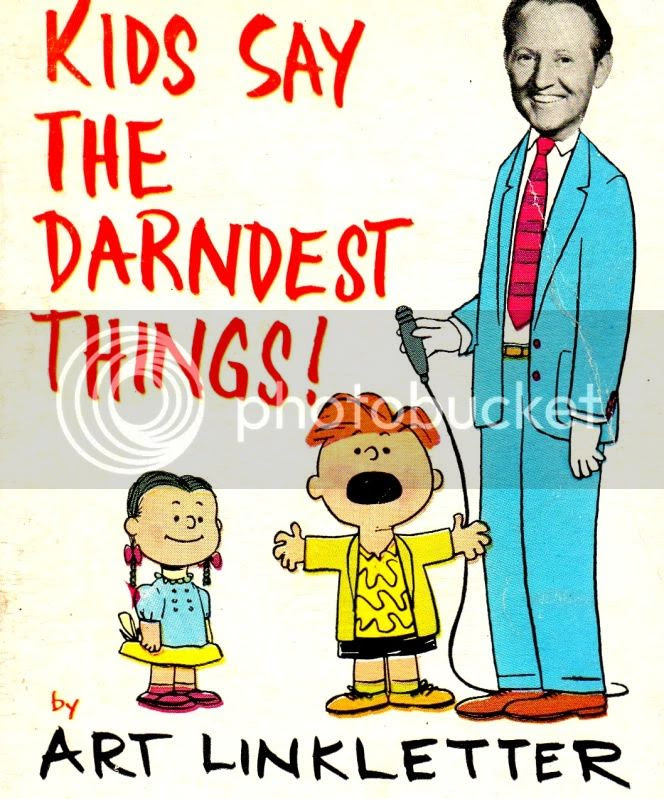 Everyone loves Charles Schulz, right? They should. Here's some of his non-Peanuts (but still looks a heck of a lot like Peanuts) work from Art Linkletter's book Kids Say The Darnedest Things. I brightened these things up a little, because my copy is old and foxed and yellowed. I made things that look like this: 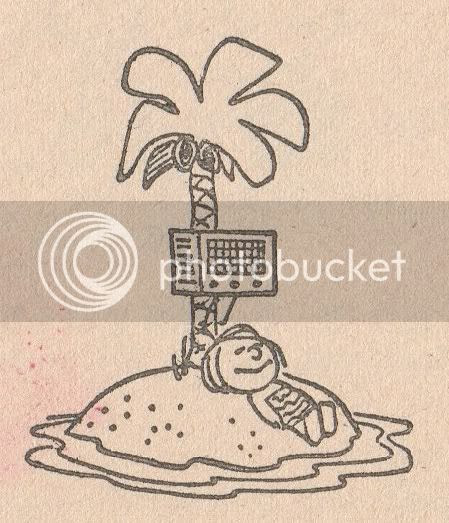 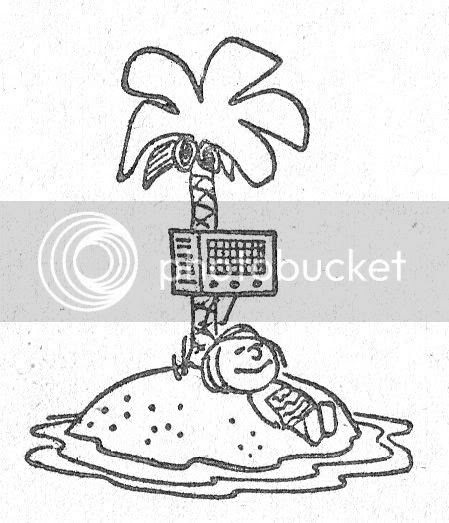 I hope that's okay. Some images look better than others because of the condition of the book. Also, the image sizes on the .pdf vary quite a bit due to the size of the source illustrations, but the resolution's pretty high for all of them. If you care, you could put a request in the comments and I'll post the high-resolution individual .jpgs in a folder, but I think you'll be okay.

South of the Border Map 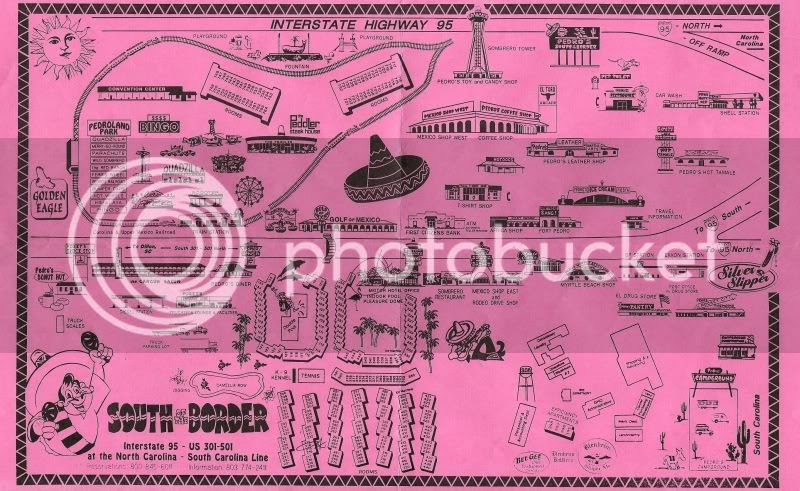 I haven't really posted anything in a long time, but I haven't forgotten about you, internet. Here's a map of one of my favorite places in the world, South of the Border.

Clicking makes it bigger, but here is a link to a really big scan of it, if you need that for any reason.
Posted by Robert at 8:55 AM No comments: