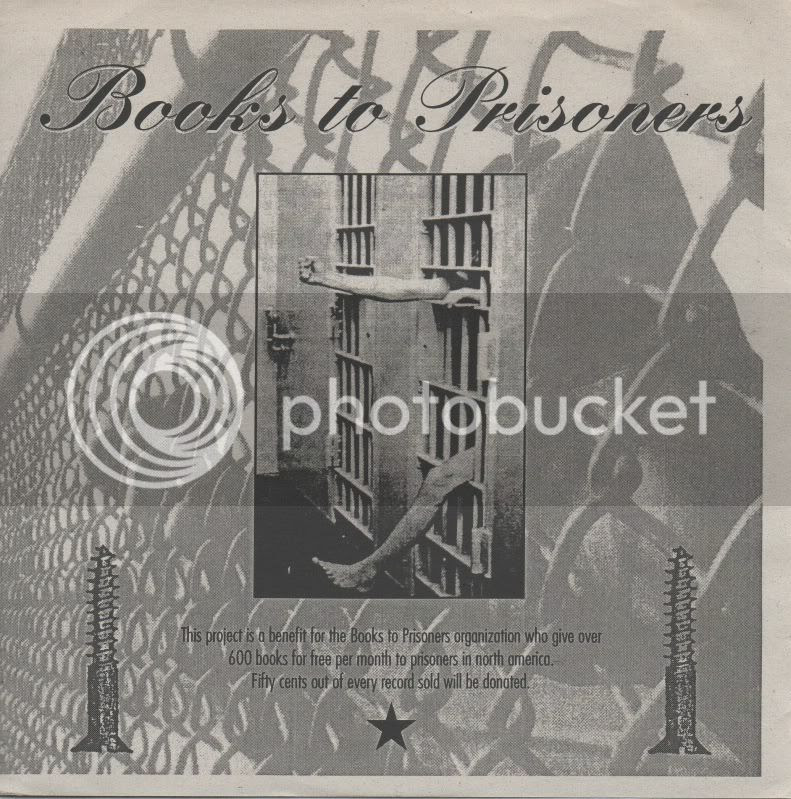 This is apparently the only thing the Young Heirs Project ever released. Not to be cynical, but I have to wonder how many books a hardcore / powerviolence 7" comp actually put into the hands of prisoners, especially since they state that fifty cents from each record went toward that end.

Still, I'm not trying to poke fun at social activism. Direct action gets the goods, you know, and I never put out any records to try and help anybody.

Here's your link, including extensive scans of the booklet and additional sticker and flyer asking for bands interested in being on a CD comp that I have to assume never got released...